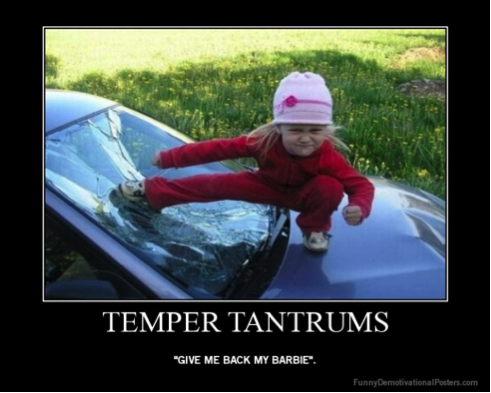 How do I tame that beast toddler?

The term ‘toddler’ is synonymous with incredible leaps in social, emotional and cognitive development. We see a significant burst in language, physicality, creative play, social interactions, and brain development during this important stage.   Aside from this, when we think of toddlers, the most frequent image that comes to mind is the ‘terrible twos’. While they’re learning about the world and where they fit into it, they’re also learning the art of self regulation; that is, the ability to control their urges (and realise that they have some control over this now). This battle often looks like behavioural problems or uncontrollable emotions, aka ‘tantrums’.  I refer to them as ‘tantrums’ (in inverted commas) because I don’t believe that all toddlers are angry and have tempers! Instead, I believe them to be little people with emotions that they don’t yet understand, and a vocabulary that they haven’t yet mastered. Thus, a ‘temper tantrum’ is simply a form of communication. Our role as parents is to listen to their attempts at communication and help teach them more effective and less emotive ways of communicating.

Here are some tips on how to control support your child’s development of self regulation during this critical time:

If you want a more in depth assessment with your toddler then contact our Child Psychologist.