Think before you act: How to teach your child self-control

Think before you act: How to teach your child self-control

Does your child ever blurt out inappropriate comments?

When your child is dared, do they take the risk and act without thinking?

Does your child ever overreact emotionally? 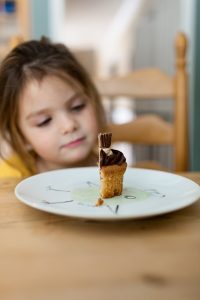 These are a few common complaints parents express about their children during child and teenage counselling. Parents often mention that they wished their child would think before they acted and would be able to consider consequences. This relates to a skill that psychologists refer to as impulse control or self-control. It is the ability to achieve a certain goal without going astray. For instance, cleaning the room and ignoring all temptations such as the telly or distractions such as a loud siblings along the way.

What is Impulse control?

Boys are more likely to struggle with impulse control. This may be because society places greater social demands on girls controlling themselves. An alternative explanation suggests that women with greater ability to self-control may have developed an evolutionary advantage as they were better able to rear their offspring investing more time and energy in their families.

So what? Why should that bother me or my children?

Having self-control has a very large impact on later life outcomes. In fact, one study referred to self-control as the single most important predictor of later life success in 3 and 4-year-old children. Children in the Dunedin study were given the option to have a marshmallow now, or two marshmallows later if they were willing to wait. All children were again surveyed later in life and those who could wait for their marshmallows were shown to have better grades at school. Scarily, another study found that a lack of self-control was associated with criminal behaviour. Very interestingly, these relationships to major life outcomes were found to be independent of intelligence or family background, suggests that even for smart and wealthy children, a lack of self-control can lead them down a dangerous and risky path.

Ok, now you have my attention, so what do I do?!

Self-control and impulse control are pretty stable over a life-time. Children who struggle with self-control in their infancy are also very likely to struggle in their adolescence and adulthood. It is something that is very heritable and also part of a child’s temperament.

First we need to understand the part of our brain that governs impulse control. The area that sits right behind the forehead, called the pre-frontal cortex, is responsible for our ability to control our impulses. This part of the brain helps us make plans, prioritise, and ignore information that is irrelevant to the task at hand. The prefrontal cortex is one of the last parts of the human brain to fully development, meaning for girls, this part of the brain reaches maturity in their early 20s, whereas for boys the development may well reach into their late 20s.

So this is good news as the earlier you tackle this problem, the better the outcome will be. Some practical tips to help increase impulse control in our children are to: 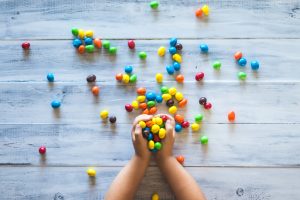 Having self-control is a large factor in our lives and can impact on our relationships, work lives families and a general sense of wellbeing, so it makes sense we want to teach ways of managing our self-control to our children. The good news is there is plenty of time to teach our kids how to control their impulses, we just need to be consistent and show them the more helpful way of responding.