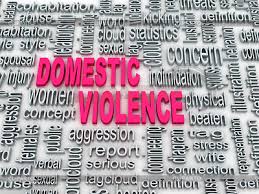 From Rosie Batty becoming the 2015 Australian of the Year, to the recent outcome of the Victorian government’s Royal Commission into Family Violence, it seems like we are hearing more and more about domestic violence in the news and media. So what is domestic violence and how can we start to understand it?

What is domestic violence?

Domestic violence, also referred to as ‘family violence’ or ‘domestic abuse’, is when one person uses fear to dominate or control another person in a relationship. Domestic violence may occur as just one incident; however, it is most often a pattern of coercion and control that gradually undermines the victim’s confidence and ability to leave.

Domestic violence can occur across all cultures, demographics, ages, and socio-economic groups. It can occur between people in a range of domestic relationships including:

What are the forms of domestic violence?

Domestic violence is any behaviour that causes physical, sexual or emotional damage, or causes you to live in fear. It can take many forms, including but not limited to:

It is important to understand that there can be many barriers to leaving an abusive relationship:

What is the psychological impact of domestic violence? 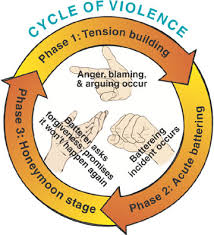 Relationships don’t usually start out with violence; it is usually a progression of behaviour over time. Because the violence is ongoing, it gradually undermines the confidence of the person experiencing it, and their ability to leave the violent partner.

This develops in response to the cyclic nature of domestic violence. In the first stage, tension builds over time. Secondly, the abusive partner releases tension through violence, while blaming the victim for having caused the violence. Thirdly, the abusive partner appears remorseful. However, in time, the tension builds again and so the cycle repeats.

This cycle results in the victim feeling at fault for not preventing the violence, and this self-blame results in feelings of helplessness. The feeling of being both responsible and helpless leads to passivity, which makes it difficult for the victim to take action to leave.

The reasons why victims stay in abusive relationships are compelling and complex. It is important not to cast judgement and further disempower victims, but to support them in making their own choices and actions so that they can regain their power and help themselves.

Are you the victim of domestic violence?

If you are the victim of domestic violence and would like help, contact us at the Psych Professionals.

There are a number of organisations that provide useful information and support services that you may find helpful: